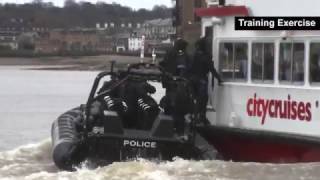 The Westminster Attack lasted 82 seconds, how quickly could you respond?

By James Fitzpatrick On 22 March, 2017, London was rocked by a lone wolf attack on Westminster Bridge and Parliament Square, leaving five dead and many more injured. From start to finish, the attack lasted only 82 seconds. Whilst any loss of life at the hands of terrorism is tragic and often horrific, the response from London’s emergency services - and the public - has been widely published as both efficient and effective. This is no fluke. Only three days early, London’s em

15 years on, few of us can erase the unbelievable images of New York City's World Trade Centre collapsing on the dreadful day of 11th September, 2001. But how many of us knew that Rick Rescorla, a security employee for major corporate firm Morgan Stanley at the Twin Towers had indeed predicted and raised concerns over a terrorist attack of this very nature, not only once, but twice? Rick Rescorla saved an unbelievable number of 2,687 people’s lives on September 11. As a jumbo

The value of crisis simulations

“Hope for the best, prepare for the worst.” That’s the advice that many of us have given or taken in our own lives. It’s that cautious optimism that causes us to buy life insurance while simultaneously setting aside funds for retirement. For whatever reasons, organisations often haven’t always followed this motto. We’ve seen as countless organisations have crumbled during a crisis that they were ill equipped to handle. What’s generally most frustrating in this situation is wh
Subscribe to monthly update