How to Manage a Crisis Tip #013: How to identify suspicious behaviour

How to Manage a Crisis Tip #009: How to Survive a Terrorist Attack in the City

With two major public attacks in 2017 and a further 6 foiled terrorist attacks since 2014 [1], Melbourne’s crown of the ‘most liveable city’ has tarnished. No longer swaddled by Australia’s isolated location, Australian citizens must live up to the realisation that they too are vulnerable to attacks by terrorists or deranged individuals. Whilst bombs and guns are the obvious weapons to fear, attacks are becoming more common by using cars driven on busy footpaths. The unexpect 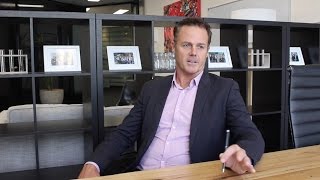 How to Manage a Crisis Tip #003: 5 Crisis Lessons from Dreamworld [Video]

Dreamworld, it has become a sobering reminder of our own vulnerability in a crisis. Many of us have noted the response by the Dreamworld/Ardent Leisure executives and what could have been done better. While this will be a well-documented and discussed case study for years to come, it does provide us with a timely wake up call to reflect on how well prepared your organisation is for a crisis. Could this happen to anyone? Absolutely, every organisation is at risk of experiencin
Subscribe to monthly update